The sister of Kelly Catlin, the three-time cycling world champion who has died at the age of 23, says her sibling suffered a concussion in the months before she killed herself.

Christine Catlin told the Washington Post on Sunday that a series of crashes, in which Kelly broke her arm and suffered a concussion, had had a profound effect on her sister. “She couldn’t train as well as she used to,” Christine Catlin said. “She had really bad headaches and was sensitive to light. Then she tried to commit suicide in January … she had written this lengthy email [to her family] and said her thoughts were racing all the time. She was suicidal, her thinking was really dark and she had taken to nihilism. We called police the moment we got the email, and they got there in time to save her that time.”

Catlin’s father, Mark, confirmed on Sunday that his daughter had recently taken her own life. “There isn’t a minute that goes by that we don’t think of her and think of the wonderful life she could have lived,” Mark Catlin told Velo News. “There isn’t a second in which we wouldn’t freely give our lives in exchange for hers. The hurt is unbelievable.”

Concussions are linked to chronic traumatic encephalopathy or CTE, which can only be diagnosed after death. CTE has been found in hundreds of former American football players although it is often associated with NFL veterans rather than young athletes. Symptoms of CTE include depression, memory loss and mood swings. Mark Catlin said Kelly’s death was due to a “perfect storm” of overtraining, taking too much on, depression and not fully comprehending the effects of her concussion.

Catlin helped a dominant US team to three consecutive world titles in the team pursuit between 2016 and 2018. She also won a silver medal in the team pursuit at the 2016 Olympics. Catlin was a force in the individual pursuit too, winning bronze at the World Track Championships in 2017 and 2018. On the road, she competed for Rally UHC Cycling.

Catlin was a triplet along with Christine and their brother, Colin. He said that he had sparked her interest in cycling, saying that at first “she didn’t really want to, but she started winning things and she likes winning things.”

Christine Catlin said her sister’s talents were clear from a young age. “[Kelly] was a really special person – kind, funny, empathetic, and talented at literally everything she did,” she said. “She just felt like she couldn’t say no to everything that was asked of her and this was her only escape.”

Last month on Velo News, Catlin wrote about the difficulties of balancing her athletic and academic career.

“Being a graduate student, track cyclist, and professional road cyclist can instead feel like I need to time-travel to get everything done. And things still slip through the cracks,” she wrote. “This is probably the point when you’ll expect me to say something cliché like, ‘Time management is everything.’ Or perhaps you’re expecting a nice, encouraging slogan like, ‘Being a student only makes me a better athlete!’ After all, I somehow make everything work, right? Sure. Yeah, that’s somewhat accurate. But the truth is that most of the time, I don’t make everything work.” 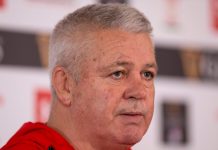 Warren Gatland backs himself and Wales to clinch Six Nations 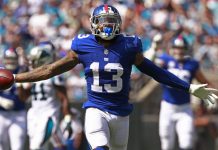 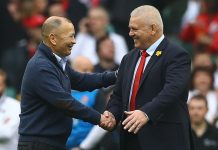 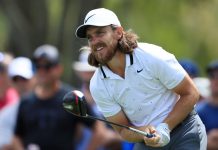 Victory in US for Tommy Fleetwood ‘only a matter of time’, says Rory McIlroy 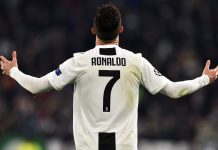 What is the point of higher education if it doesn’t make...

Rachel Roddy’s recipe for tagliatelle with gorgonzola and walnuts

Central Banks, Financial System and the Creation of Money (and Deficit)

3 Powerful Tips To Help You Optimize Your SEO Instantly

Watching and waiting for the spring flowering

admin - March 9, 2019
0
We use cookies to ensure that we give you the best experience on our website. If you continue to use this site we will assume that you are happy with it.OkPrivacy policy